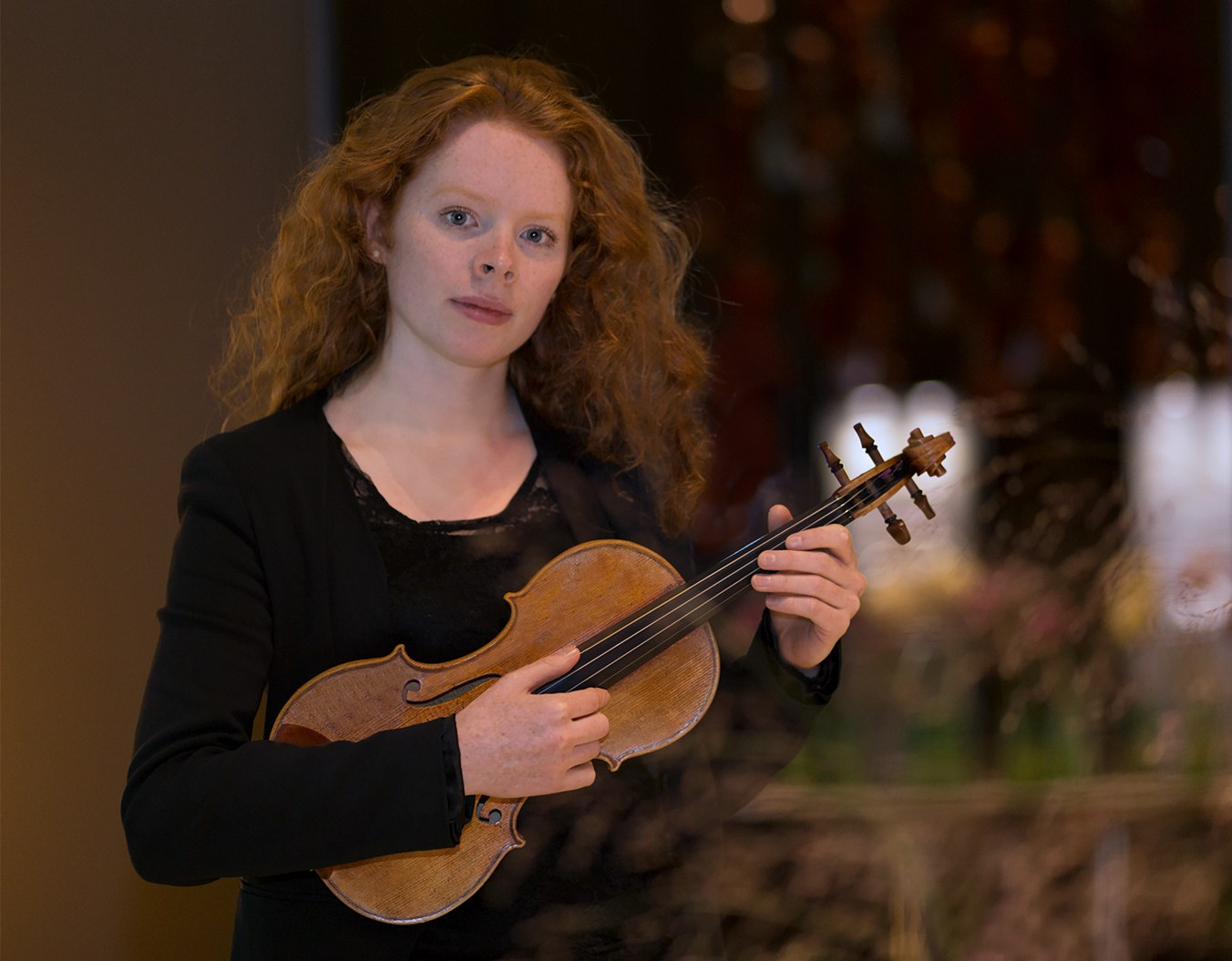 Fiona studied with Ilya Grubert and Maria Milstein at the Conservatorium van Amsterdam and with Jan Repko at the Royal College of Music, London. She has performed at some of the most prestigious venues across Europe, including the Wigmore Hall, St.-Martin-in-the-Fields, the Royal Albert Hall, the City Halls in Glasgow, the Concertgebouw and Muziekgebouw aan ‘t Ij. She is a member of the Belinfante Quartet and the Camus Trio.

Fiona has appeared as soloist with the Glasgow Chamber Orchestra, the Scottish Festival Orchestra and Chetham’s Symphony Orchestra, with whom she performed Alban Berg’s Violin Concerto in 2011. Recent solo engagements have included recitals at Classic Music Live! in Falkirk, the Younger Hall at St. Andrews University, the Muziekkamer in Zaandam and the Papageno Huis in Laren.

With a special interest in contemporary music, Fiona has premiered and performed works by Louis Andriessen, Maxim Shalygin, Salvatore Sciarrino, Edith Canat de Chizy and Boris Bezemer. In 2014 she recorded a set of solo violin pieces called SPOTS by composer Simone Fontanelli, and in 2015 she was the winner of the inaugural Contemporary Music Competition at the Royal College of Music. She has performed with several new music ensembles including the Nieuw Ensemble and Shapeshift Ensemble. Additionally, she is a keen composer and arranger, regularly writing/arranging music for the Belinfante Quartet.